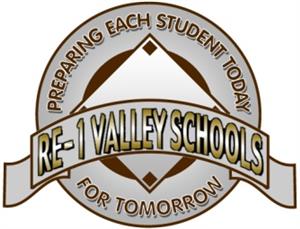 RE-1 Valley School District retired employees in a transition year will receive health insurance benefits. This was the decision of the school board when they voted 6 to 1 for the adoption of the GCQEB guideline in second reading as amended during a special meeting on Monday.

Ronda Monheiser was the only no-vote on the policy that had been approved in a previous board meeting at first reading, but during the board meeting on May 24 they decided to do a second reading for a cost analysis.

The policy states that the board has determined that in certain circumstances it is beneficial to approve a post-retirement employment contract with a retired county employee. Any Eligible Employee can apply for post-retirement employment under the Policy. The board of directors has sole discretion to approve or deny the application after considering the needs of the district and the recommendations of the applicant’s manager and superintendent.

Jennifer Ogley asked for clarification on whether this will be something the board will review each year, or whether approval of the policy would mean benefits would go to staff every year in the future.

Superintendent Shila Adolf told the board that the district attorney’s advice was to put this into policy, but also noted that when approving contracts, the board has the right not to approve the contract if the person does not retire .

“So that’s a different kind of annual rotation. You could say we won’t, ”she said. “If you do personnel contracts, like we did on the side, we did groups of them, they were listed, whether it was a returning employee or a retiree, then I think you have to choose no, we won’t be the retiree Let the transition be made, and then this employee can either decide not to stay in PERA as a pensioner or to retire. “

Moheiser stated that she minds continuing to offer health insurance to transitional workers because it affects the variable, and although it was stated that there was no additional cost, she believes there will be additional costs for both workers. She pointed out that age is a factor in the cost of county health insurance, and as there are more people in older age, it helps increase the likelihood of an increase in prescription drugs, increasing claims, and ongoing claims, which the Total bonus for all employees increases.

“For me, it’s not just about the transition worker, it’s about the fact that insurance continues to rise,” she said, noting that it increased 12.3% or 14 that year, depending on which option the employees chose , 7%. “So I’m concerned about curbing the increase in health insurance that seems to be inevitable year after year.”

Riste Capps pointed out that actuaries’ greatest weight is actual experience, claims experience, and how much money the company has to pay out to the county employees, and that has to do with the health of the employees. She noted that it is pretty clear that every job in northeast Colorado has a lot of employees who have health problems, as evidenced by the above-average incidence of diabetes, cancer, kidney disease, etc. in this area.

“I think if we want our premiums to go down and our health insurance experience to go down, we need to step up the wellness program we offer,” said Capps.

Commenting that Monheiser’s testimony has a valid point, Adolf added that Capps was also right and she told the board it might be different if they did this for several years but they are just trying to do it a year. She also pointed out that the biggest users are not the people with the age factor of the district, but those affected by unfortunate circumstances and other life measures.

The superintendent said the county continues to use the health and wellness grant it received and is using the $ 10,000 wellness benefit provided by Cigna to encourage employees to use Fitbits and Apple Watches to promote wellbeing.

Monheiser asked about a paragraph that said, “Employees applying for post-retirement must have proficient performance assessments on the relevant job reviews for three consecutive years.” Although she agreed, she wondered if it would be the last three Years of the employee should be or whether they would be okay with three consecutive years of the employee’s time in the district. The board agreed that it should be for the last three years and the policy was changed to indicate this.

The board thanked Jana Locke, a teacher at Sterling Middle School, for her thoughts on this policy and for sharing her experiences in the district.

“She didn’t take a transition year, she didn’t use the advantages and the fact that she is still committed to her colleagues says a lot,” said Jodene Boerner.

Capps made it clear that this type of policy requires evaluations to be carried out consistently in all schools. Ogley said this is something that Adolf is making sure it will be done in the future.

Boerner explained that every employee should do a self-assessment first, then their appraiser should also do an assessment and then they should meet and if there is a disagreement they discuss it and come to the conclusion that both agree that it is fair.

Capps made it clear that all staff, not just teachers, must conduct these assessments annually. Adolf said that was correct, every employee should have some form of assessment by law, but pointed out that it is easier with teachers than with maintenance or a road sweeper.

In other businesses, the board unanimously approved the $ 50 contribution to the HSA accounts of all eligible employees. They also approved new teacher contracts for an Ag teacher and English teacher at Sterling High School and a third grade teacher and special needs teacher at Campbell Elementary.

Before that, CEO Dennis Kaan and board member Deb Japp spoke about a meeting they had attended last week and which Adolf had organized with all the headmasters, deputy headmasters and deans of studies, as well as the student advisory team. Japp said within 20 minutes everyone was engaging, laughing, and having fun. Kaan agreed, noting that he saw a lot of positive energy and camaraderie in the buildings.

“There was really nice energy in the whole group,” he said.

The staff worked in different teams and came together as a group to discuss plans for the coming school year. They also heard from Yvonne Draxler, General Manager of the Family Resource Center, who spoke about the events and programs they are planning. There has been discussion about how RE-1 can take advantage of some of these programs, particularly the grandparents support group.

“It was a fun and productive day, extremely productive,” said Japp.

The directors will have another meeting with Adolf this week and she plans to contact the school administration at least once a week over the summer, with a break during the wheat harvest.

Cruising along or penny pinching in retirement? Your call.

50 Finest Locations to Retire within the U.S.

The 5 Finest Well being Insurance coverage for Retirees in 2021